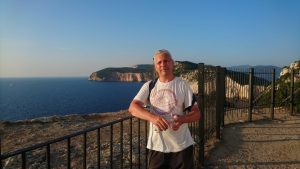 This project started quite some years ago, as a personal project to learn to get around WordPress. But I also needed some content…
It became a site of small advices from me to the wider population, starting with short Linux howto articles (that’s because I simply don’t have much time to really get into details), up to some of my other interests, like tourism, and perhaps I’ll add electronics and genalogy once.

The initial plan was also to make some use of it, and convert it to a project that would make some money at least to pay for itself (like Adsense), but I got banned from there, thanks to a good friend of mine, who repeatedly clicked on the ads, hoping to fill up my budget (as it turnes out later, with best intentions).
And there, you have it ad-free. Forever.

But then, in time, another interesting thing popped up – as I have added more articles (let’s be honest, the site is still quite humble), some people found a way to contact me, asking for help around their online services, and eventually some of them asked to pay for it.
So, to cut the story short, after 14 years of professional ISP work, I let it go, and ended up as an enterpreneur with a home office, doing professional server maintenance. The initial idea was to call the office Prosinger.Net, but for local law reasons that was not possibble, so as far I ended up with a new brand, Prowide.

I’ve built (and am building) my carreer by administering various managed and unmanaged servers for clients Worldwide. My focus is on edge servers that are wide open – by real, heavy server optimization, and securing, mail servers are my passion, and I have a very good understanding of networking and what actually happens on a network and The Network (Internet), giving me a solid ground to resolve any issue you’d put on the table.
I can deal with cpanel/WHM, Plesk, Virtualmin, and various other managed services. I also work (and that is my favourite) on completely custom servers, clusters, Apache, Nginx, Varnish, HAProxy, php-fpm, MySQL (specialized in Percona), Galera clusters, OpenVPN, IPSec, Asterisk (FreePBX as managed), Postfix, Dovecot, Exim, Clam, custom mail filtering, Spamassassin, Postscreen, advanced antispam filtering, etc.

You can send me a message, we’ll easily get on Skype or WhatsApp as I’m easy to talk to, and I’ll give you a quote after I heard you out.  I can take regular wire transfer payments (IBAN/SWIFT) and also Paypal, and will Invoice for each arrangement.

The official website will be https://www.prowide.info and it’s comming soon

Here's that standard warning that this site uses cookies (which one doesnt?!)
MENU